Don’t worry, I’m not going to keep you updated on Delaney for the rest of her life.  However, last week there a celebration that was too darn cool to not share.  We got invited to her school where they were going to celebrate her being done with her treatment.  We decided to keep it a secret from Delaney and by the time we arrived they had all four 2nd grade classes out in their quad.  We immediately noticed two things: 1. A giant sign that read, “Congratulations Delaney”  (and of course “I heart Mustaches”) and 2. about 80 little munchkins that had used sharpies to stache themselves.

Her 2nd grade teacher let the kids know that Delaney has been on quite the journey the past three years, and that a lot of them have been on that journey with her since kindergarten.  She pointed out to the students that they all got to learn about courage this year because one of the students displayed it all year long.  “Who was that student, class?” she asked, “DELANEY!!!” they all yelled. And then, with all the kids sitting on the carpet, she read them all a book titled, “Courage.” 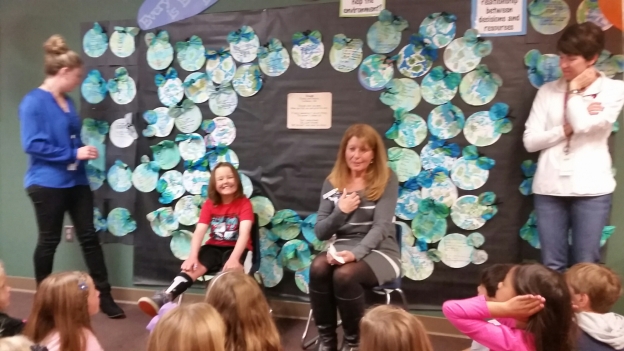 Then they asked us if we wanted to say anything.  We thanked the kids for always being there for Delaney and for being such good friends to her.  I let them know that throughout their lives they would have opportunities to stand up for people that couldn’t stand up for themselves and that their parents, teachers, and all of us would be proud if they continued to do what is right.

Then everyone marched outside where each classroom had helium filled biodegradable orange balloons.  As the balloons flew up into the sky it represented Delaney’s cancer flying away.  Then, my favorite part of the whole day happened.  Without any prompting, the kids broke into an impromptu chant of, “Let’s go Delaney, let’s go!”

Such amazing, courageous kids at an incredible school with loving teachers and staff that have been so good to Delaney and our family.  Blessed indeed. 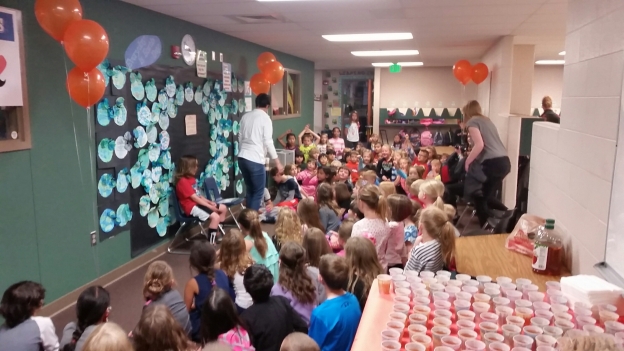 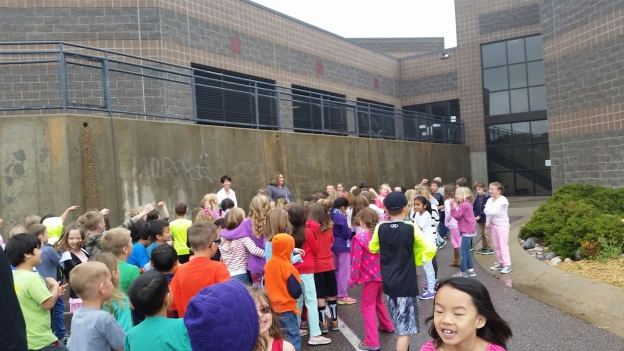 4 thoughts on “Classroom Celebration (of Courage)”